Located near Guadalquivir river’s mouth, Chipiona lies on typical marsh land and dunes. Therefore, it offers magnificent beaches and its predominant activities are tourism and fishing. 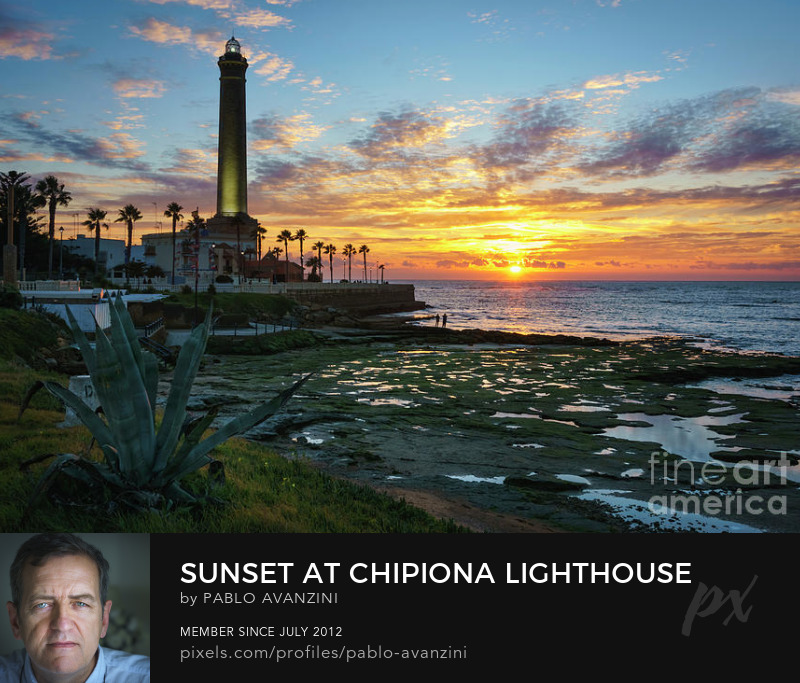 The town has its origin in an old Roman tower that would become the famous lighthouse in 1867 (the highest in Spain, third in Europe and fifth in the world) that stands at the end of Playa de Regla.

In addition to the beaches, Chipiona offers other elements of interest, such as the Sanctuary of Regla and the Parish of Nuestra Señora de la O.

As natural tourist resources, you can find:

Los Corrales: They are semicircular walls, built with stones, conglomerates of mollusks and oysters, almost one and a half meters high, located a few meters from the seashore. It is a curious fishing technique that is still used in Chipiona.

The Chameleon: Native species, nowadays in danger of extinction, which can only be found in this locality and surroundings, hence the importance for its conservation.

Avienus called it the Fortress of Gerón, alluding to Gerión, victorious leader of the turdulos. The origin of this city dates back to 140 BC, the year in which the Romans built a lighthouse called Coepionis Turris so that the boats that headed towards the Guadalquivir did not run aground on its coasts, around which the population that would eventually form the current Chipiona.

After the Muslim domination, it was conquered by Fernando III, later passing Alonso Pérez de Guzmán, and in the XIV century to the Casa de Arcos.

The Lisbon earthquake of 1755 caused great damage to the city.

From the 19th century, following the example of the Dukes of Montpensier, the Andalusian aristocracy chose it to spend the summer season. Today it is an excellent tourist area with extensive beaches of fine sand.